In April 2017, a sax player I knew invited me to audition on bass for a swing band of about fifteen musicians, including saxophones, trumpets, trombones and the rhythm section. All the songs had written arrangements. Although it had been a long time since I had read music, they invited me to join them. It was a big step for me, I improved a lot as a bass player and entered a world of talented jazz musicians. And I realized the power of written arrangements to quickly learn new music, without a lot of rehearsing. 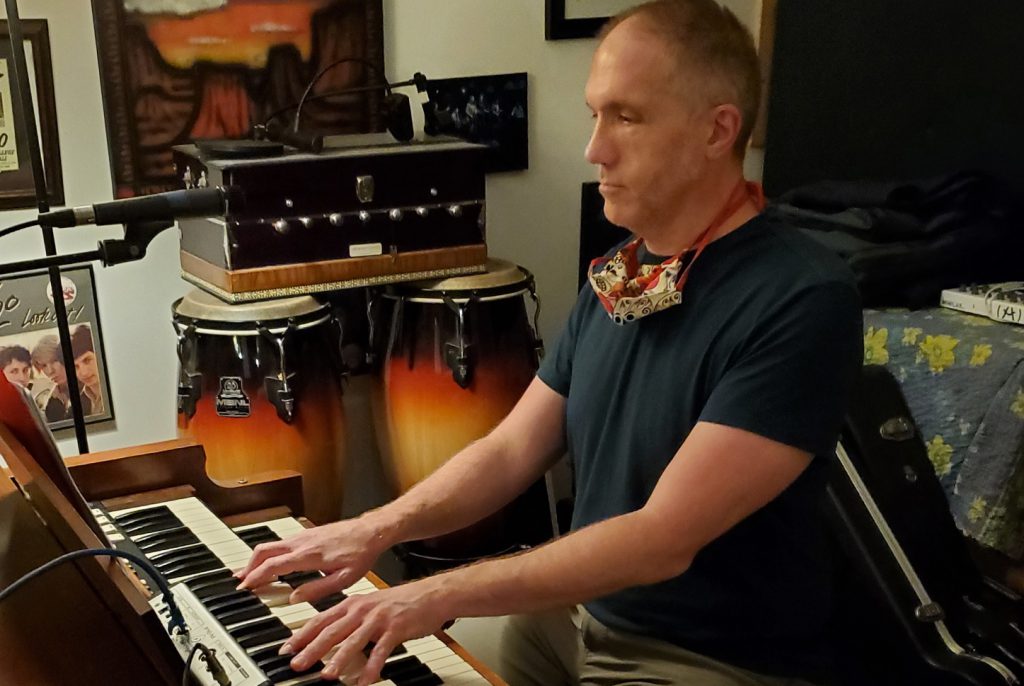 I really like Michael’s expressiveness, particularly on the piano.  I’m disappointed when I go hear a band and I feel that the musicians are holding back.  Michael brings a lot of creativity to his playing, especially on the songs that are piano features like « Chita » and « I’m Still Loving You ». 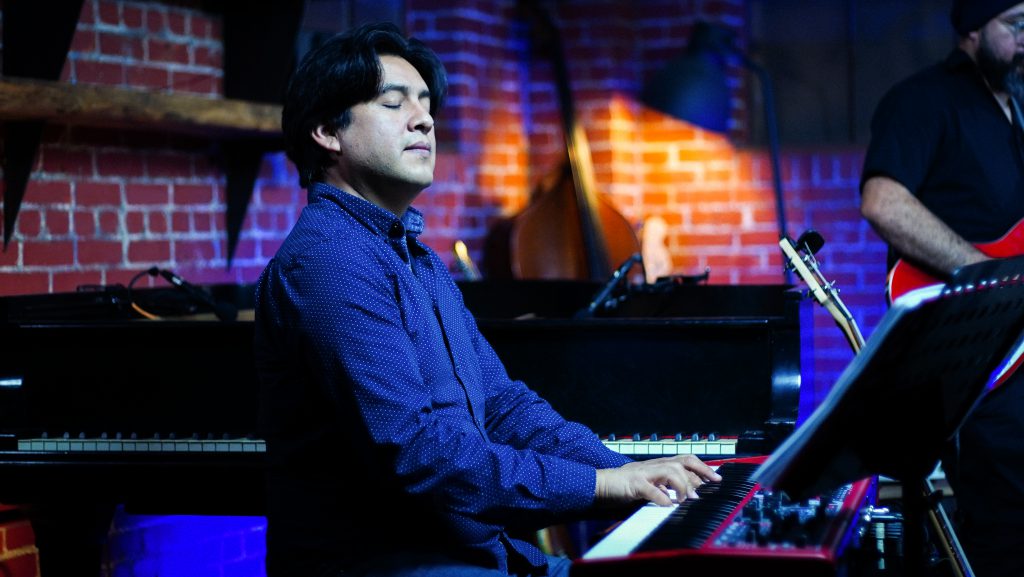 Frank’s name came up when I was looking for a keyboard player. He is from Mexico and knows a lot about all kinds of music (Latin pop, salsa, jazz). What I like best about him is the intensity he brings to the music. He really feels it.

I first saw Ulrich when he was playing with the singer Patricia Vonne at the Continental Club in Austin. I had written a song and was looking for someone to help me with the recording, I talked to Patricia and she recommended Ulrich. He had a studio in a sort of bungalow near a train track, but it was quickly evident that he was a musical genius.  Originally from Austria, he now lives in Ankara, Turkey, but I continue to work with him and rely on his deep knowledge of music and his talent in production. 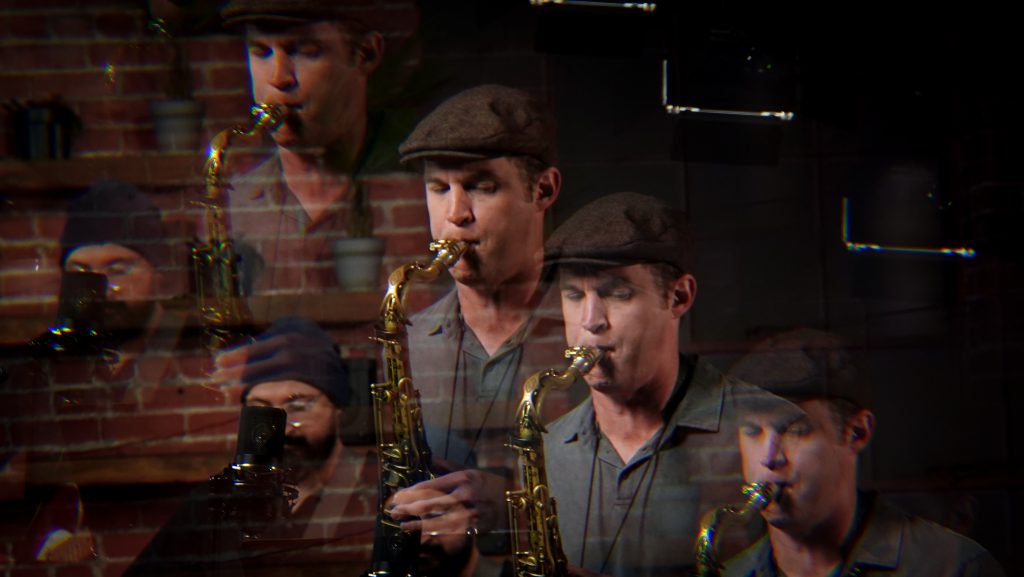 I first met Eric during an Armadillos performance at Black Sparrow Music Parlor in Taylor. He was subbing on tenor saxophone. I was impressed with his musical technique and his passion.  I later found out he had his own group, a master’s degree in jazz composition and had lived for years in Los Angeles. 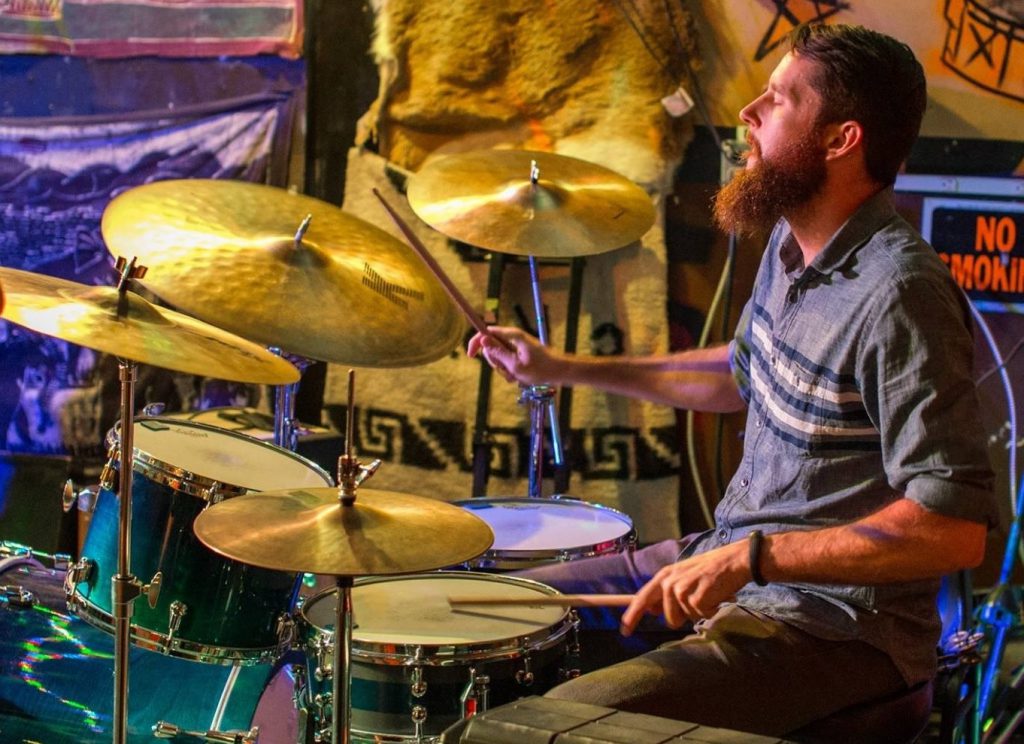 Born and raised in Colorado, Brennan initially pursued a career in rodeo, until a bull riding accident convinced him to try music instead.  Making his way over to Europe, he toured for several years with a circus, until complications with some outstanding warrants made it prudent for him to return to Colorado, change his name and grow a beard.  After graduating from the University of Northern Colorado with a degree in music, he made his way to Austin, where he lives with his 17 dogs. 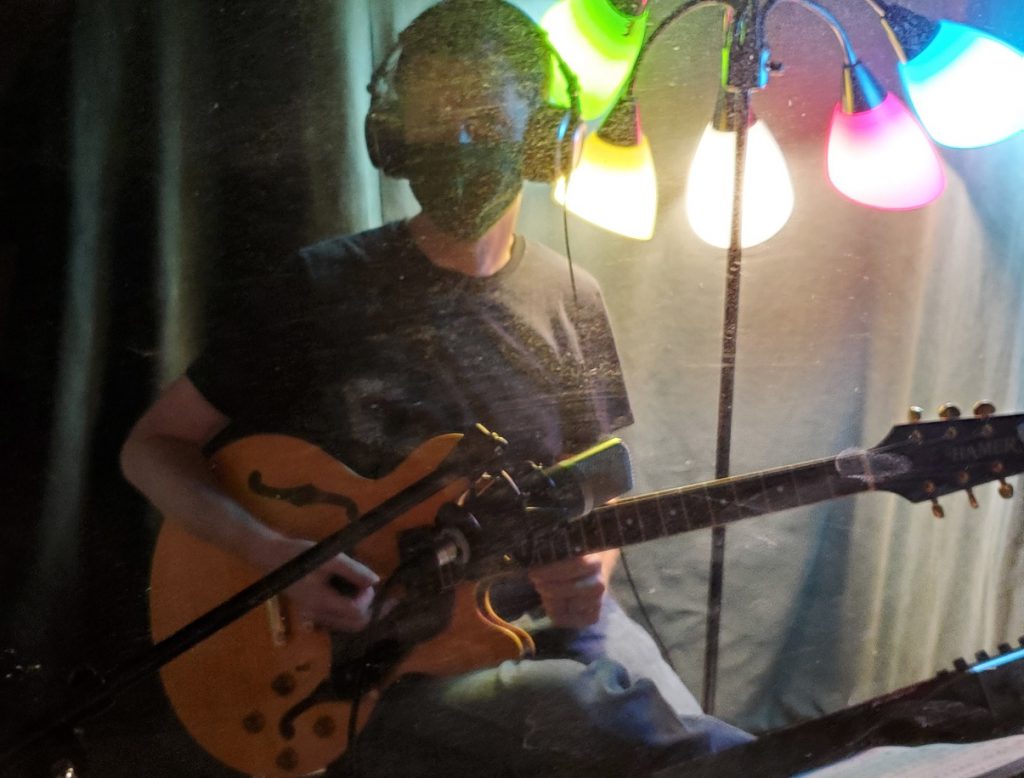 Very creative jazz guitarist, also great on the classical guitar.  Marc has also done extensive singing, am looking forward to the end of the pandemic to have the opportunity to work with him more !

I know him as Joe – he has been on the drums since I started this project.  An amazing reader, he really keeps it together, across any kind of time signature change.  He doesn’t just follow, he leads, it’s like having a conductor ! 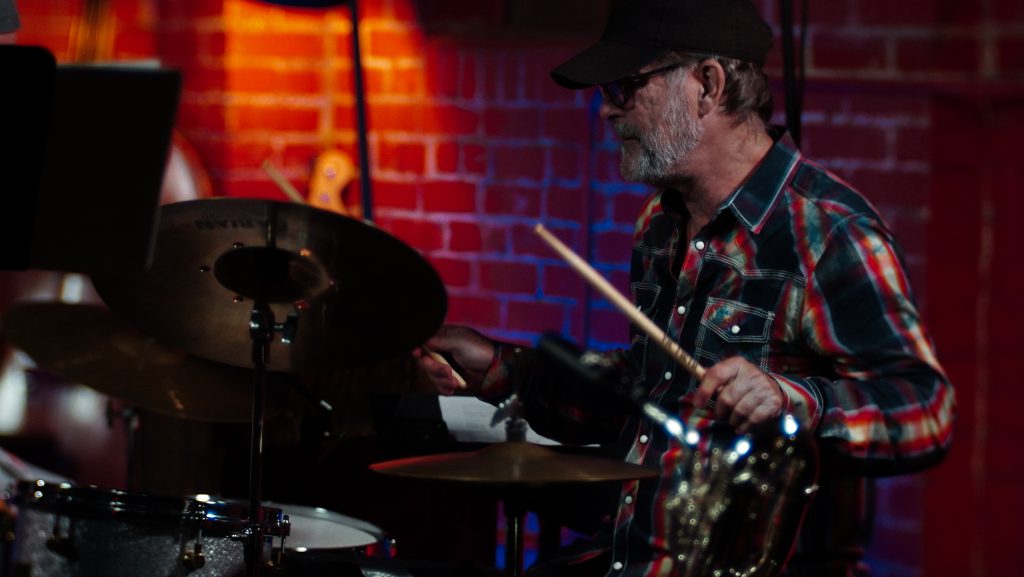 Angie Holliday is a swing dancer, that’s how I got to know her. I learned that she was a singer, along with her partner, Erin Thelen, and that they had a band called Much2Much. At that time, I thought I would mostly write and produce songs, that I would record with different singers. I didn’t know exactly what I was looking for. When I heard the clarity and sweetness of their voices, and their perfect intonation, I found their tone to work very well with what I was trying to do musically.

I found Trippiesteff by chance on the web site Fiverr, where you can get various types of artwork done by contract.  He’s based in Berlin.  I find his images amazing, and that they really fit with the songs that I write.

In his own words: “I grew up in the 90s in a small village in southern Germany near the Swiss Border and went from there to Berlin where I studied Illustration. Since then I’m working as a freelancer, travel a lot, play guitar myself. I did motor bike drive from Colombia until Bolivia. My art is influenced by 90s cartoons I watched as a kid, 60s psychedelic art and comic magazines. “ 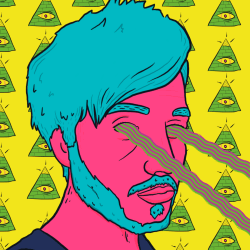 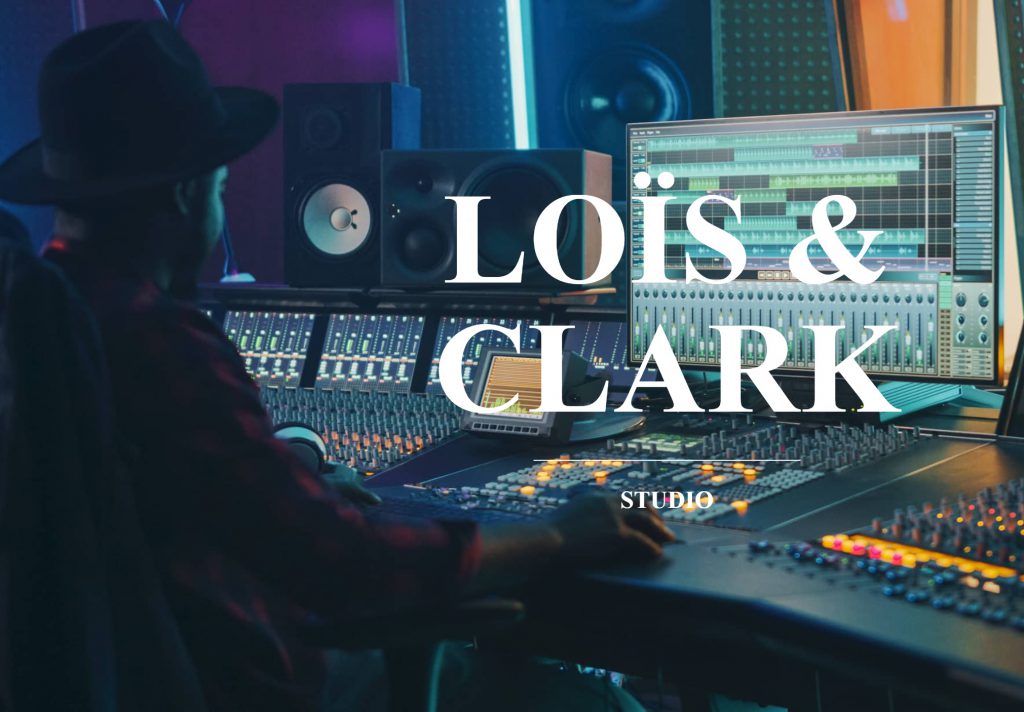 When I was looking for someone to take pictures for my website, a mutual friend recommended me Femme Phlegm, a talented photographer behind an unorthodox name. I like that she is as unorthodox as her name and lives by her own rules. She has a special vibe that makes the pictures she takes so much more alive. 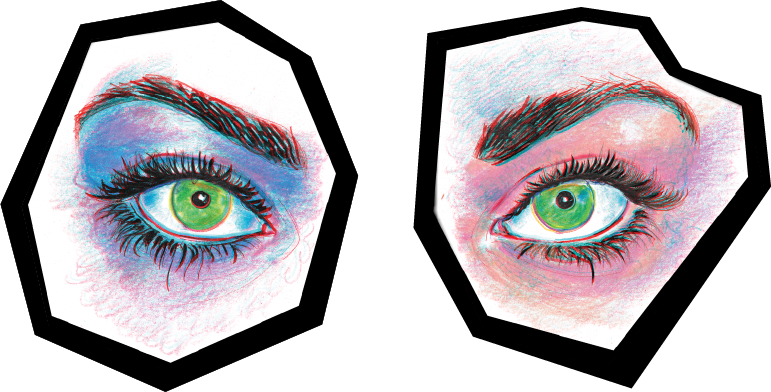 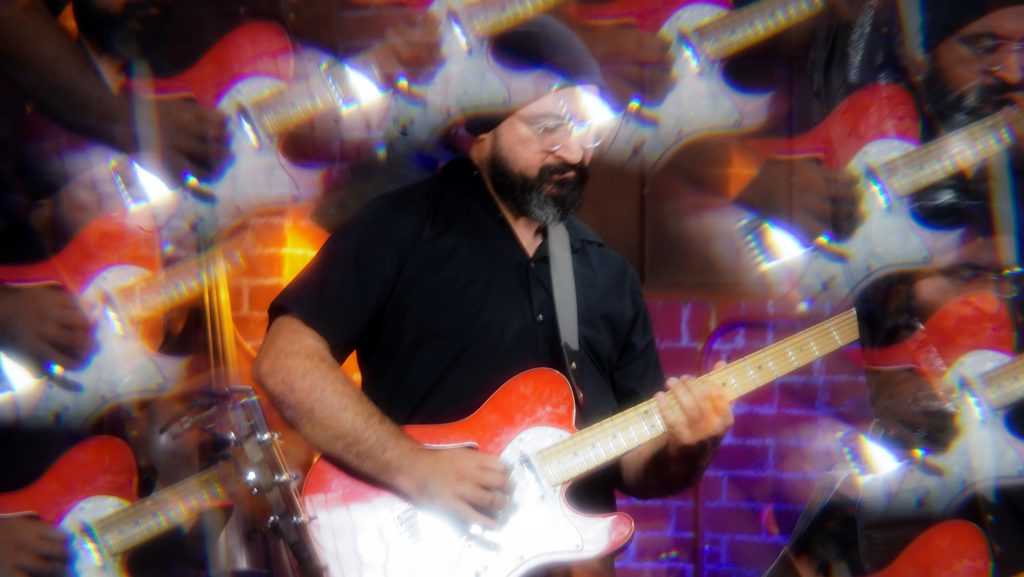 Marco Antonio Santos is a guitarist, arranger, composer, and music educator. Originally from Minas Gerais, Brazil, he is currently based in Austin, Texas.
Throughout his 15+ years as a professional musician, Santos has performed extensively in Brazil and the United States, navigating freely between jazz, funk, pop and Brazilian music. He has developed a singular style that blends traces from his multiple musical influences.
Santos holds a Doctorate in Jazz Composition from the University of Texas (UT Austin) and a Master of Music degree in Jazz Performance from the same institution. He was a member of UT Austin’s elite jazz ensemble, A.I.M.E., in 2017, when it won Downbeat Magazine’s Award for Best College Jazz Ensemble. Several pieces performed by A.I.M.E. were written by Santos. 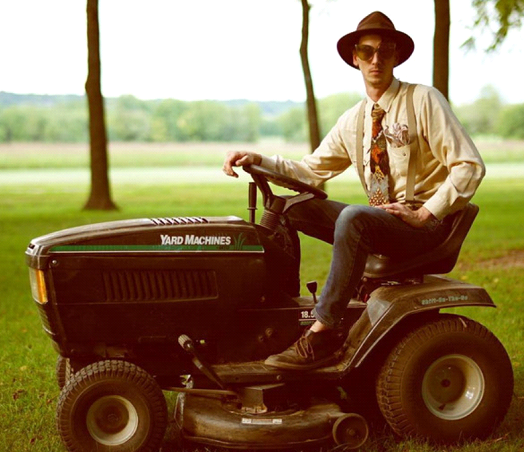